No Crash, No Exploit: Automatic Verification of Embedded Kernels 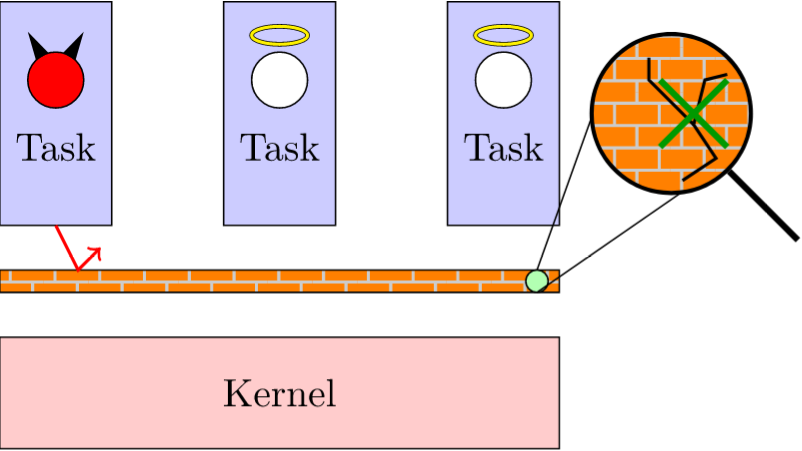 In most systems, the kernel is critical for security: it is the piece of software that ensures isolation between programs, so you don’t want it to fail in that task. You don’t want it to crash, either. We aim at verifying realistic embedded kernels (e.g. used in the Internet of Things) and for that we want to devise an almost fully automated approach that works on existing kernels.

We want to perform this verification at the executable level (“binary” code), because all kernels use low-level, architecture-specific instructions. This is a challenge due to the low-level nature of binary: no explicit control flow, no types, legitimate integer overflows, etc. Another challenge is unbounded loops. Unbounded loops are loops whose number of iterations cannot be bounded statically. A simple example of such a loop is iterating over a linked list. Analyzing unbounded loops matters, because most real-time scheduling algorithms contain such loops.

Another difficulty of analyzing embedded kernels is that they are usually parameterized: values such as task priorities, or task memory region begin and end addresses, may be constant throughout execution of the system, but are not hardcoded in the kernel; instead, they are written in a special zone of memory called the interface between kernel and tasks. The memory structure of this zone is known but the precise values and addresses are not, which forces the code analysis to step up in terms of complexity.